Azure – Network Security Group – Do I need to set an Inbound or Outbound rule?

Network Security Groups (NSGs) are Azure layer-3 firewalls, they basically allow filtering traffic based on Source/Destination IP, Port and Protocol. It’s a very simple component but yet lately I got a little confused around Inbound/Outbound traffic. That’s why I’m writing this blog in case you are like me and you couldn’t find an explanation for it.

I’ve been using or having to think about Network Security Groups (NSGs) rules mostly on scenarios which involved Virtual Machine deployment; in this case it’s very intuitive to understand NSGs as your point of reference is about the VM itself: Traffic getting into the VM is Inbound and traffic going out of the VM is Outbound. So, not a big issue there. However, I struggled when I faced the situation to using NSG to secure access to in-VNET PaaS services (such as App Service Environments, SQL Managed Instance or RedisCache, to name a few). In this last case, you don’t just apply the NSG to the product but to the subnet and here is where all my previous knowledge or understanding kind of collapse because, as a good security rule, I wanted to just have the minimum necessary traffic in the VNET and allow the specific connectivity betwen them. As an example, let’s assume I have the follow diagram:

So, question is “What rules should I configure in the NSG in order to allow the traffic?” My first thought was:

What do you think? Would that work? Well, personally, I was convinced this was going to work but, guess what?, I didn’t and further more I started to get confused on what Inbound or Outbound meant (remember this is a single NSG for both subnets). So, how would that play here? do I need to specify everything? oh boy… I’m totally lost. That’s why I took a step back and did what anybody would have done it: create this in Azure, deploy 2 VMs (one on each subnet) and start experimenting. What did I found? Well, although my Inbound rules look good, I have a couple of outbound rules missing:

That’s because, let’s take for instance traffic from ASE A to ASE B; from the NSG perspective, the traffic starts from ASE A so it gets evaluated by the NSG as OutBound traffic (it checks Source/Destination/Port) and then it gets evaluated, again by the NSG, but now as InBound traffic. If any of the rules is missing, the traffic will get block. Odd enough, this logic is the same when ASE A attempts to reach another App Service hosted in the same ASE A

The morale of the story is Inbound or Outbound isn’t evaluated from the Resource point of view from it’s actually from the NSG point of view; this means:

I know, I know, this sounds pretty obvious now but I assure you, it wasn’t for me.

What does it mean if I have one NSG assigned to multiple Subnets?

What’s the best approach them?

After all this, I gotta say that I got to this conclusion: 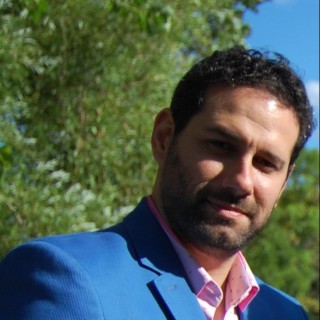